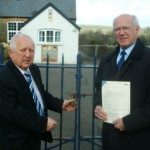 In 2003, Hermon Village School was earmarked for closure by the County Council despite being full to capacity with over 51 children and having busy children’s nursery on site.  The local community rallied round and mounted a “Save our School” campaign to prevent its closure.  After taking the battle all the way to the high court, the decision was finally made to close the school and in 2006 it shut its doors.

Refusing to accept that the hub of the community had gone, the community launched a share offer to raise funds to purchase the site from the council.  A total of 196 shares were sold raising £49,000, and in January 2008 the old school site was bought by the Community with additional funds from the Welsh Government’s Community Facility Activities Programme (CFAP).

As the old school came back into use, it was clear that it was not big enough to house all the groups and activities that wanted to use it, so the idea developed to extend the school to provide a much larger venue.  Additional grant funding was secured from the Big Lottery Fund and the development of Canolfan Hermon began. 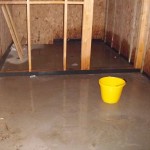 Back to square one!

In 2011 the new build began, but works came to a complete stop when the building firm was declared bankrupt.  Local builders rushed in to make the new build watertight, but significant damage was already done.  No further work was done for 3 months while new contracts were agreed with local tradespeople to complete the build, but the project was already well behind schedule, and below the agreed specification.  Remedial works were started and the project once more picked up pace. 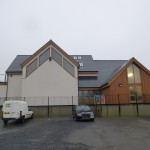 The lights are on and the main hall is in use.

By the end of 2012, the main structure was complete, and the downstairs hall completed in time for some New Year celebrations.

Works continued upstairs through the early part of 2013 and by May the building was complete with a number of different sized function and meeting rooms suitable for everyone from small committees and groups of friends wanting somewhere to get together to large functions such as weddings and conferences. 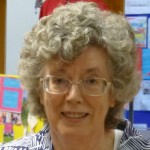 In September 2013 Canolfan Hermon was officially opened by Maureen George, the last headmistress of the school, in a day packed with fun and activities showcasing the classes and groups already making use of the venue.

The aim is to make Canolfan Hermon a sustainable venue that supports local people, the community and businesses, without being reliant on grant funding. And for that we need you.

And so the next chapter in our story begins …..

Take a look at our Journey in Pictures ….. 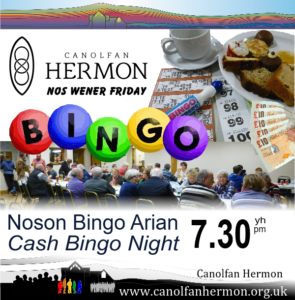 View Calendar
* your email address will only be used to send our newsletters to you - never shared. You can unsubscribe at any time in the footer of any news letter you receive from us.

When this happens, it's usually because the owner only shared it with a small group of people or changed who can see it, or it's been deleted.
View on Facebook
· Share

Pob lwc bois!! 🥊 💪🏼🏴󠁧󠁢󠁷󠁬󠁳󠁿This is Garan and Ioan Croft. The twins, from Pembrokeshire, will both be boxing at this year’s Commonwealth Games and hope to bring a couple of gold medals home to Wales 🏴󠁧󠁢󠁷󠁬󠁳󠁿👊 But, the brothers are having to compete at different weight classes - so they don’t end up fighting each other and upsetting their mother 😂 Ioan said: "We do everything together... The only thing we haven’t done is box competitively against each other. That’s one thing that will never happen because our mum will never speak to us again!" It seems, even professional boxers are no match for Welsh mams! 🏴󠁧󠁢󠁷󠁬󠁳󠁿🙊Full interview: bit.ly/3b7NsFCPicture: Huw Camera ... See MoreSee Less